AMSTERDAM, April 12th, 2022 - The teams at P8FX Trading and Atomic Labs have brought to life a captivating project which addresses the real-life issue of ocean pollution. The Aqua Army NFT project tells the story of ocean destruction from the eyes of sea animals themselves.

The characters have been “humanised” to ensure they are relatable and fun whilst its creators have partnered with charities to distribute donations in order to make a difference.

The Aqua Army is an exclusive collection of 4,444 unique NFTs that submerge you into a world of deep-sea adventure, purpose and collectibles living on the Ethereum network.

Excellently hand-drawn, these ocean conscious NFTs consist of 8 different characters with a vast collection of different costumes, moods and accessories. Not only will these NFTs have rarity traits, but they’ll be able to be upgraded and transformed as the project continues.

Because there is so much trash at sea, enormous garbage patches have formed. There are five of them in the globe, with the biggest, the Great Pacific Garbage Patch, covering an area twice the size of Texas and containing an estimated 1.8 trillion pieces of rubbish. 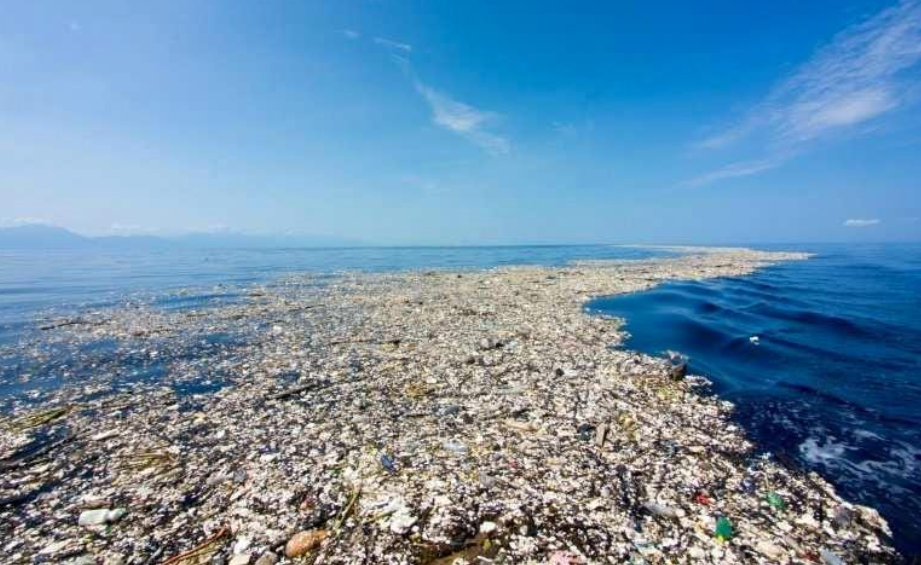 Every year, eight million metric tons of plastic is dumped into the oceans, that's around 17.6 billion pounds - the equivalent of nearly 57,000 blue whales. “It is projected that ocean trash will outweigh all of the fish by 2050”, according to conservation.org.

The few facts listed here are just the tip of the iceberg.

The world's oceans and seas are threatened not only by plastic but by oil, chemicals, fishing nets, face masks and the list can go on. All life on the planet is dependent on these vital ecosystems. Governments, the corporate community, and consumers must act quickly to mitigate the devastation to our world.

This is why the Aqua Army NFT pledges to donate a percentage of all the proceeds from this project to 5 non-profit sea-based charities. The NFT world is up-and-coming, exciting and will only gain in popularity in the future. The Aqua Army team want to show this new, captivating audience that whilst owning one-of-a-kind pieces of digital art you are still able to give back, raise awareness and donate to brilliant charities at the same time.

The evolution of Aqua Army

Each character, background, clothing and accessories are hand-drawn and cleverly designed based on ideas from the Aqua Army team.

The team brainstormed, researched and spent time developing the storyline, ensuring it reflected the reality of the animals and sea pollution. The story has fun twists and turns, following 8 sea creatures in their quest to establish an aqua army and fight back against pollution and the evil humans.

All characters come with cool, quirky names and a full bio giving you an understanding of the animal itself, what food it likes and a brief insight into their personalities.

The story doesn’t end there and whilst the Aqua Army team don’t want to give too much away it is expected that upgrades will be seen, elixirs will be dropped and hidden waters revealed.

The initial mint price has been set at a reasonable 0.09 ETH. By having a relatively low mint price, more people can be reached, giving this NFT and its charitable purpose the platform it deserves.

Not only that but the team have created a leaderboard on their website to keep track of who owns the most Aqua Army NFTs and how many plastic bottles they have “cleared up” (based on estimates provided by The UOcean Project - who are an official partner of the Aqua Army NFT project). 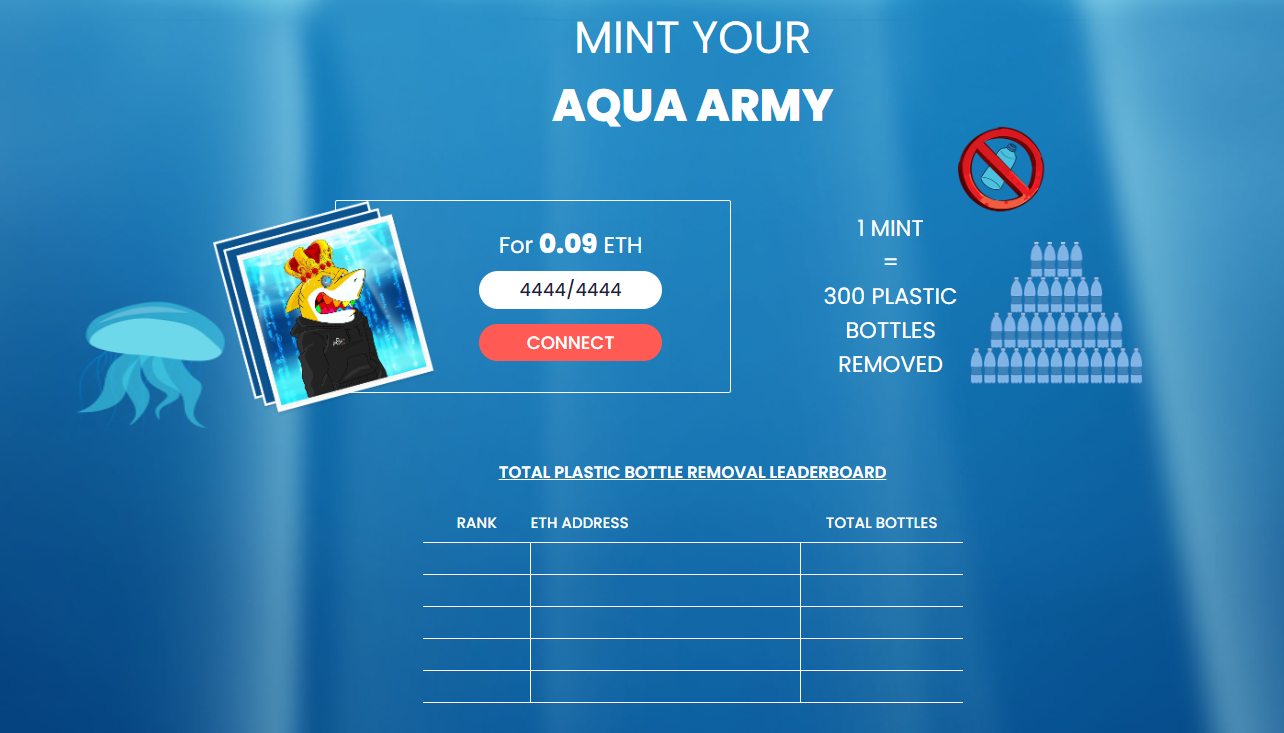 Aqua Army NFT pledges to donate a percentage of all the proceeds from this project to 5 non-profit sea-based charities. The Aqua Army team will travel to their selected charities to give donations in person as they want to remain as transparent as possible.

They believe that by contributing to and including charities in this project they can inspire more people to take the destruction of our oceans seriously. As technology and the art world evolve, they want to make it clear to all that together, everyone can make a difference, and have a positive impact on the earth.

How to find out more?

Make sure you take a look at the Aqua Army NFT website where you can read the story in full, see the road map, read the Whitepaper and meet the team behind this unique and exciting project.

Not only that but of course, you can join them on Discord. The Aqua Army Discord Channel has quickly grown in popularity and as we get closer to the mint date (TUESDAY 17th MAY 2022) the buzz will no doubt continue to grow and grow! Get involved straight away as all the latest information, release dates and launches plus sneak peeks are all available there. The community are engaging and chatting every day as the excitement builds around this NFT. You can join the channel here.

Make sure you jump on that Whitelist as this collection could sell out fast!

Education: Join the P8FX academy for a deeper insight and analysis on the topics raised in this article. If you would like to learn more about trading and investing visit www.p8fxtrading.com where you can find more information, reviews, and articles.

Disclosure: This article expresses our own opinions and views. We have no business relationship with any company whose stock is mentioned in this article. Your capital is at risk, seek financial advice.